In Canada!
In France!

A Monument born from shared history and heritage.

“AMICITIA FRANCE-CANADA” is the Latin expression for “fraternal friendship France–Canada” and is also the name chosen for the monument being planned in Ottawa to recognize the more than four centuries of common history and heritage and over 90 years of official diplomatic relations between France and Canada.

Located in historic Beechwood Cemetery – the national cemetery of Canada – this monument will be a living testament to the countless French communities and Canadians from sea to sea to sea who have and continue to support, contribute and enrich the lives of so many others all around the world during times of war, conflict and peace.

France and Canada continue their commitment to work jointly all around the world in military and police conflicts such as fighting terrorism in Afghanistan, fighting drug interdiction in the Caribbean and conducting peace keeping and making operations in remote and conflicted regions. As well, our close cooperative relationship has led to important advances and contributions with considerable impact over the years in the fields of education, research, technology, justice and culture. It is through our long-lasting historical, cultural, economic and scientific ties – as well as our desire to achieve common goals, gender equality and democratic legitimacy – that we continue to build and solidify our fraternal friendship.

A Monument built on strength

The construction of our commemorative site within Beechwood Cemetery will certainly encourage similar initiatives, paving the way for a future "garden of Canada's allies". Being a timeless memorial, "Amicitia France-Canada" must not only honour the spirit of the contributions and sacrifices made but must also be a physical symbol highlighting the combined action of our respective strengths and excellences. The monument will thus symbolize the transmission of the duty of memory to the younger generations, the common will to achieve perfect gender equality and the objective of protecting the world’s poorest populations from all forms of violence.

This perpetual monument will be an essential site for the official visits of the highest French leaders and will allow the large French-speaking, English-speaking and Francophile community of Canada, without forgetting the French of Saint-Pierre-et-Miquelon, to enhance its dynamism and its vitality.  "AMICITIA France-Canada" cannot exist without your support. Help us build this monument so that we can bequeath the torch that will light our long common history to future generations. 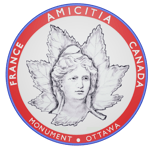 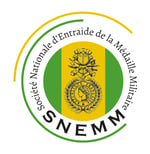